Weddings are planned months, even years, in advance. From the flowers to the venue, the dress and the catering, every detail is scheduled to avoid wedding-day disasters. So when Molly Schemper, head pastry chef and co-owner of FIG Catering, and her team were stopped with trays of carefully crafted food in hand, headed to a dining room full of wedding guests, they knew something out of the ordinary was about to happen.

“There’s a performance now. The little people are coming and they’re going to dance!” said the mother of the groom in excitement.

“The what?!” said Schemper, baffled by the situation.

“The little people from ‘America’s Got Talent,’” said the mother of the groom matter-of-factly. “It’s a family tradition. I got it as a surprise for the bride!”

“Well, it’ll just have to wait 25 minutes while they perform,” replied the mother of the groom. 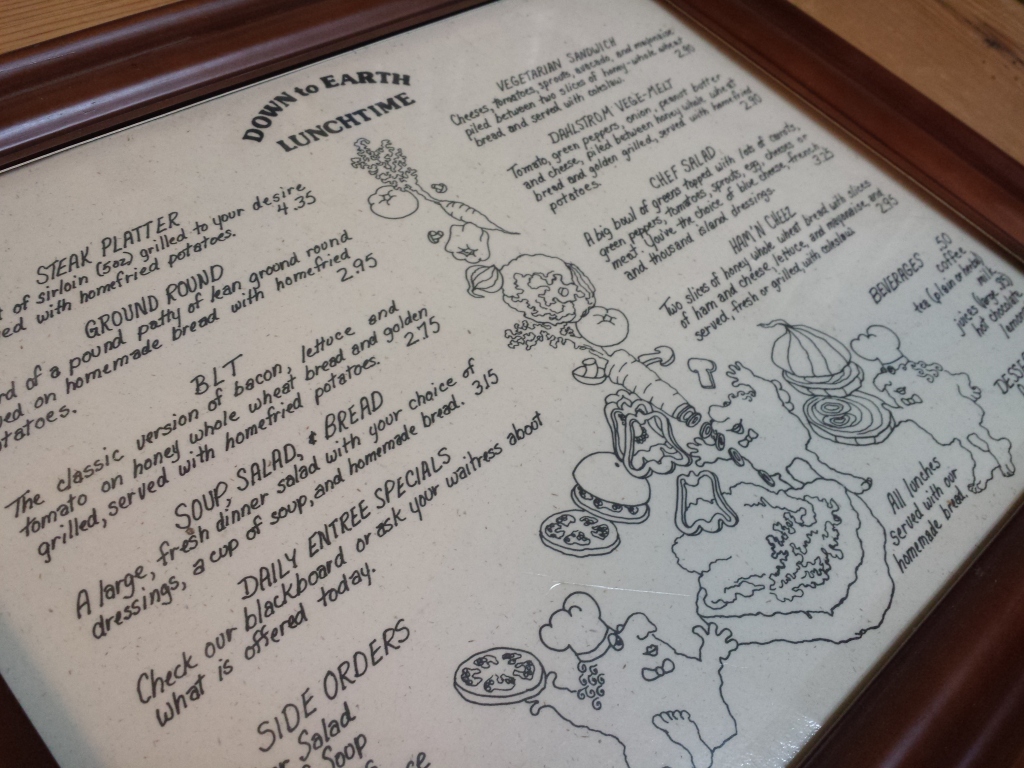 Sure enough, the “little people,” who were actually two full-sized adults in bride and groom little-person costumes, took to the dance floor. So as to not sacrifice the quality of the food they had just spent hours preparing, Schemper guided her team as they quietly moved in and out of tables, serving food while the “little people” performed.

“Usually the fun things are unexpected,” says Schemper, sitting in FIG Catering’sPilsen location, the smell of roasted chicken with lemon and herbs floating in the air from a recent tasting. “Dealing with those kind of surprises is always funny and, you know, they’re always things that you remember.”

With FIG Catering’s 10-year anniversary approaching in 2015, Schemper, 38, has had time to reminisce on a lot more than just “funny” incidents. Through a career change, a marriage to her business partner, Justin Hall, 35, and the creation of an eco-friendly company, Schemper has accomplished a great deal in the last decade.

Growing up in northern Michigan, Schemper hung out in her family’s farm-to-table restaurant that her dad operated until she was 6 years old and they moved to Grand Rapids. “I always told my parents they were about 25 years before their time or in the wrong area of the country,” says Schemper. “They would have been Alice Waters had they lived in California.”

Despite being motivated by her father’s entrepreneurial spirit, Schemper moved to Chicago to study marketing at DePaul University and got a job at an ad agency after graduation. However, after four years, Schemper decided that the nine-to-five schedule was not for her, and she took a job aboard a private yacht.

Schemper taught herself how to cook in a professional setting while working as a crew member. She traveled from Florida to Chicago, up the river system on one yacht and then on a second from Florida to the Bahamas and then back to Chicago. Throughout her travels, she was exposed to a variety of foods and recipes, some of which still influence her cooking today.

“I liked to pick up old cookbooks while I was in places. So, I’d find a secondhand bookstore and find some old regional cookbooks,” says Schemper. “I really liked making chowders, which was really the seafood when we were on the East Coast. Then, in the Bahamas it was stone crab season, so lots of stuff with that.”

After the second yacht trip, the couple she was working for resettled in Lake Forest, Illinois, and  Schemper returned to Chicago. She got a job working mostly front-of-the-house at a restaurant in the South Loop while she figured out if she wanted to go back to working in an office or go to culinary school. Then, she met Justin Hall.

They began dating six months after they met, and it wasn’t long after that they started working on their own business. “We had our weekends off, which we thought was kind of unusual for the restaurant business, so we decided that we should be working on weekends too,” says Schemper, laughing.

“Back then if you would have asked me what it was like working with my girlfriend and starting a business, I would have said it was crazy, but I couldn’t probably have done it with anybody else,” says Hall.

With Hall working as the head chef and Schemper as pastry chef, the two spent roughly 80 to 100 hours a week in rented kitchen space to prepare food for small home parties as they transitioned out of working at the restaurant to catering only. Now, the company has 14 employees and its own location in Pilsen—a storefront-sized space that manages to encompass a full kitchen, office, small area for private tastings and a walk-in cooler, which contains a compost bin for recycling.

Schemper is most proud of FIG Catering’s recent certification for its efforts to reduce the company’s carbon footprint. “Our personal ethos was like, ‘Of course we’re going to shop at farmers markets, that’s what we do for ourselves, that’s where you can get really awesome food. And of course we’re going to recycle. We recycle at home, so why wouldn’t we?’ ” says Schemper.

Schemper has been careful to be specific about FIG’s recycling process to prevent greenwashing the clients and falsely advertising what FIG can achieve. “I’m always very careful to be very honest with people about what we’re trying to do,” she says. “I don’t like the words ‘zero waste.’ I think it’s almost always not true and very misleading. It gets people to think you’re doing zero waste events, which are virtually impossible.”

Schemper occasionally is faced with rude clients or their guests, and while managing other chefs she’s had to deal with people resisting her authority.

“I’ve definitely had more pushback from more men, but that’s also because there’s a larger percentage of them,” says Schemper. “There’s definitely a lot more women catering owners than women restaurant owners, and I don’t know if that’s just the nature of how it’s going to be. I think there’s some young women chefs out there making a name for themselves, so I think that’s good to see.”

“We’ve definitely had clients that are chauvinists or guests of clients that were inappropriate,” says Hall. “She’s just never been known to be the woman who’s going to just be the little lady like ‘Tee hee, let me just go get my husband.’ I don’t think she’s ever said that, but I do often say, ‘Let me go ask my wife.’ ”

Looking ahead, Schemper is focused on leading her employees, collaborating with her husband and moving FIG Catering forward.

“The biggest thing about Molly is she’s just a hard worker. She’s very smart, very curious, but she’s a crazy hard worker and no one works harder than her; I’ve tried, I can’t,” says Hall.

From surprise performances to new business adventures and everything in between, Schemper’s love and pride for FIG is key to her success. “I love working on people’s events. We’re usually at parties where people are celebrating something so it means a lot to be invited into their homes,” says Schemper. “We’re serving them really great food, we’re recycling and composting. Even if they don’t realize that or their guests don’t realize that, it makes me feel good.”

This site uses Akismet to reduce spam. Learn how your comment data is processed.